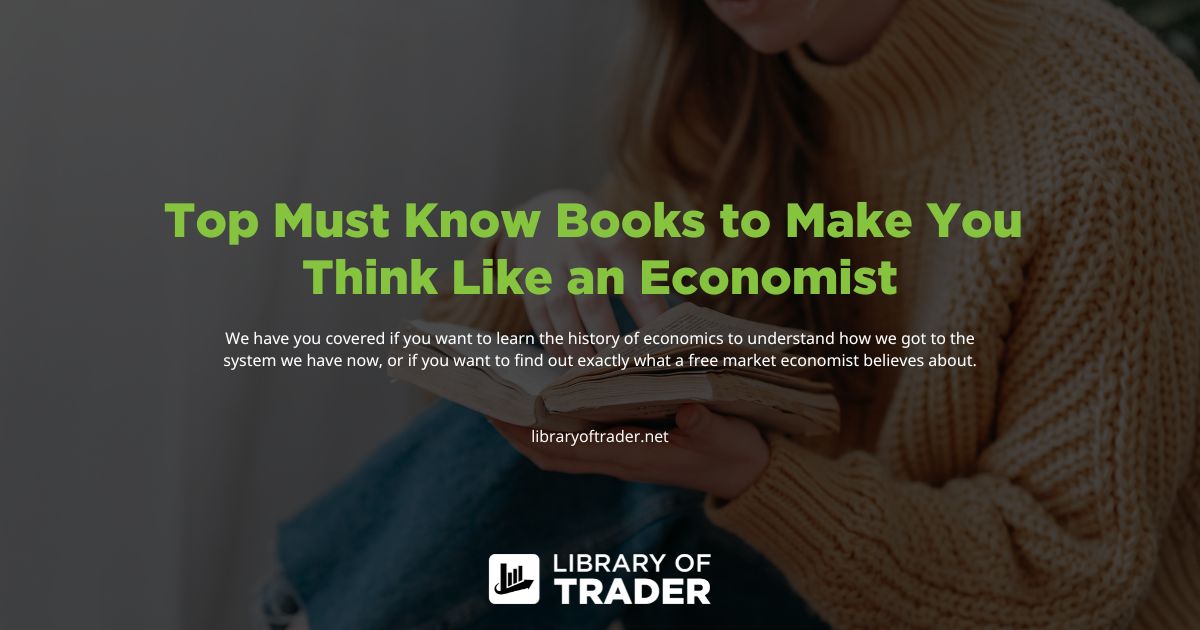 It is impossible to describe the world around us without a grasp of economics. Economic data may influence public policies and movements, and a lack of fundamental understanding can stymie progress. No one can analyze data unless they understand basic best practices, such as the fact that a single statistic or number (even averages) can’t tell you much. Fortunately, getting a solid grasp of economics and data analysis without a degree in advanced mathematics is doable.

As part of this Think Like an Economist books review, I’ll share my top recommendations. However, you must first understand what it means to think like an economist, and how economists do so.

At its most basic, thinking like an economist includes examining facts without allowing opinion or logical flaws to enter the equation. You can better understand this term via my previous blog called What Does It Mean to Think Like an Economist.

How Do Economists Think?

The following are some of the highlights of economists’ performance when dealing with problems:

Re-frame the issue as a workable one

For example, they would transform a genuine market into a competitive market at equilibrium, in which the market has cleared, there are rational participants, and there is enough information, money, and competition. Incentives, supply and demand, opportunity cost, risks, transaction costs, tradeoffs, preferences, recession and cost-benefit analysis would all be considered.

This is the initial phase, where smart economists begin their thinking (and poor economists end their thinking), and where knowing the fundamentals is critical. They would then start loosening assumptions and properly considering what happens when each assumption is loosened. They would recognise preconceptions to the degree that they were unable to relax them.

Be mindful of the discipline’s limitations

Economists would differentiate between value production (enlarging the pie) and value allocation (the size of the slices). Another way to put it is that they would never conflate efficiency with equality, but they would consider tradeoffs. And they’d know that economics has a lot more to say about how to increase the size of the pie than the “optimal” method to slice it.

Economists would recognize that markets may and do fail in the absence of the necessary ingredients, and they would focus on how to build circumstances in which markets can thrive and accomplish their job of shifting resources to the highest and most productive uses.

Instead of getting stuck on math, economists would focus on human behavior and psychology first and math issues second. Even though they were all phenomenally good at math, it wasn’t where they’d begin.

Economists would prioritize the proper question over the “right” answer. They would evaluate the data during their financial market research and, if they judged that it had been accurately acquired and processed, they would believe in that data rather than any preconceived notion of how the world is meant to function.

Economists would not use any excuse to cease critical thinking. They would challenge and test their own findings, as well as foresee (and admit) where their arguments were vulnerable to critique.

After reading what I said above, do you find yourself thinking like an economist? No worries if you don’t, here are the top books to read if you wish to learn how to think like them.

In Thinking like an Economist: How Efficiency Replaced Equality in U.S. Public Policy, The book’s author, Elizabeth Popp Berman, explains the tale of how a particular method of thinking an “economic style of reasoning” became prominent in Washington between the 1960s and the 1980s; and how it still substantially narrows discussions over public policy today.

Think Like an Economist: Get to Grips with Money and Markets (Think Like Series, 4) is a lighthearted introduction to the fundamental concepts of economics, untangling its complexities and exposing how people, groups, and nations allocate resources. The book uses a Q&A structure to answer questions like:

The books’ author – Anne Rooney analyzes how economics may be utilized to enhance living standards and make the world a better place in a funny and easy-to-understand approach.

Thinking like an Economist: A Guide to Rational Decision Making

The book’s author – Professor Bartlett – introduces some of the fundamental ideas and notions that define the lenses through which economists view the world, requiring no prior economics training. He then demonstrates how to utilize these basic analytical skills to comprehend what you see through those glasses.

Hopefully, there was anything on that list that piqued your interest. Each of the books on the list will provide you with a thorough understanding of at least one economic theory, and you will be able to reference them in essays and other assignments at university, so they are well worth reading.