Pips: What Are They in Forex Trading? 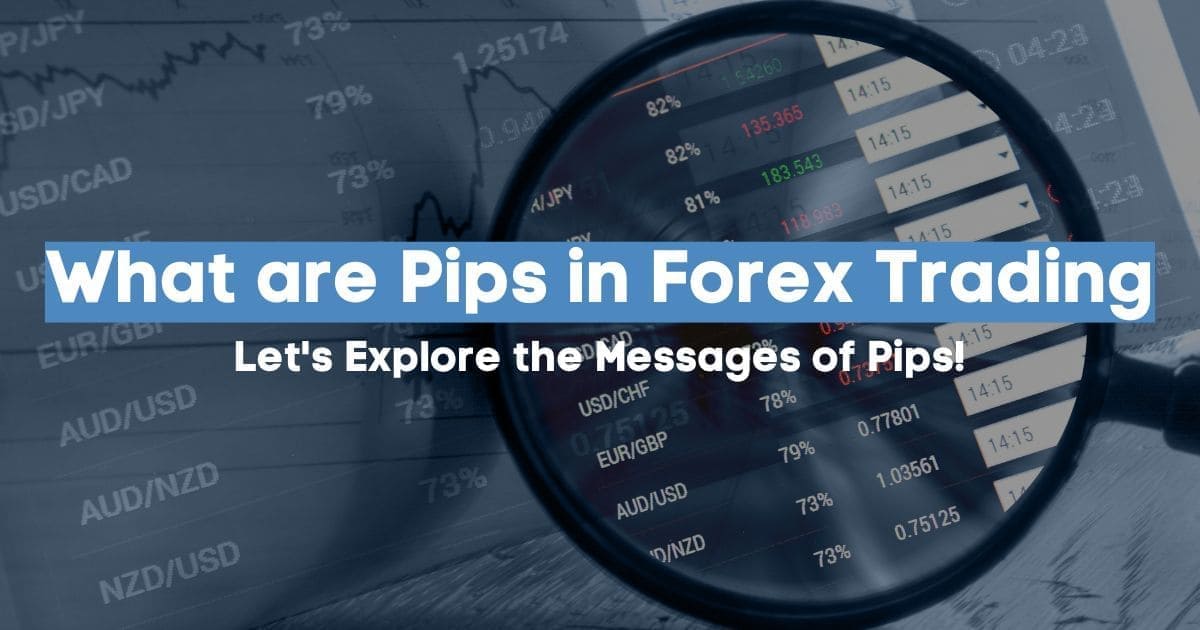 What are pips in forex trading? Novice forex traders should learn about pips as this concept plays a crucial role in trading currency pairs. This blog walks you through the fundamentals of pips and how you can use them to determine profitable trades amidst tumultuous markets.

What Are Pips in Forex Trading?

Pip stands for point or price interest point, indicating the smallest whole unit price move of an exchange rate in the forex market. A single pip is typically in the last decimal place when pricing out most currency pairs. Thus, a pip is equal to 1/100 of 1% or one basis point.

If you are into forex trading or have traded this instrument for a while, you will hear many people mention pips in their strategies. As a pip is a fundamental concept of forex exchange. The quotes for currency pairs can be shown through bids and ask spreads which are accurate to four decimal places.

Pips show how much the exchange rate can move. So, you can better hold on to it as one of the powerful factors to decide on your trades.

How Do Pips Work in Forex?

There is no better way to illustrate an operation of a pip than an example. A currency pair such as EUR/USD entails the relationship between the euro and the U.S. dollar. EUR is the base currency (the first one) while USD is the quote currency (the second one).

When an investor wants to obtain the value of one pip in a currency pair, they need to divide one pip in decimal form by the ongoing exchange rate, then take the number in multiplication with the notional amount of the trade.

The major currency pairs include EUR/USD, USD/JPY, GBP/USD, and USD/CHF. The standards to list them as major ones are how much they are traded and how much volume the trades are.

A pip will have a different value in different currency pairs due to the differences between the exchange rates of various currencies. Yet, there is an exception if the U.S. dollar is the quoted currency. For example, the pip’s value will be US$10 for a notional amount of 100,000 currency units. In other words, it has a fixed pip of .0001.

The Value of A Pip: How Are Pips Calculated?

A pip shares insights into the movement of a currency pair’s exchange rate. It means that it is the key to determining whether the trade is profitable or not. A forex trader will earn profits if the euro climbs in value relative to the U.S. dollar. For instance, when a trader buys EURO at 1.1835 and exits the trade at 1.1901, he will win 66 pips (1.1901 – 1.1835).

If hyperinflation takes place at the same time as devaluation, such a turbocharged power can increase exchange rates to an unmanageable point. Besides the impact of consumers having to carry large amounts of cash, it can make trading out of control and the loss of pip’s meaning.

One of the famous cases is when the exchange rate dropped to 4.2 trillion marks per dollar in Germany’s Weimar Republic in November 1923.

Another case study is the Turkish lira reaching a level of 1.6 million per dollar in 2001 without the accommodation of various trading systems. Thus, the government removed six zeros from the exchange rate and changed the name to the new Turkish lira.

How Many Pips Is A Good Trade?

A recommended ratio is 1:3, indicating a 3-times-bigger profit than the loss. For instance, the stop loss reaches 50 pips so the profitability should be 150 pips. Another advisable ratio can be 2% of your available trading capital. If you now own a $5000 account, the biggest loss should not be more than 2% equal to $100 per trade.

‘What are pips in forex trading?’ is an important question for those who have started forex trading. As a pip plays an important role in the success of a forex trader. Hopefully, through this article, you can draw insights into a pip, a calculation guide, and the optimal risk/reward ratio.

>> Related article: WHAT IS FOREX OPTIONS TRADING? HOW TO TRADE FX OPTIONS