Is a Strong Dollar Good for The Economy & Stock Market? 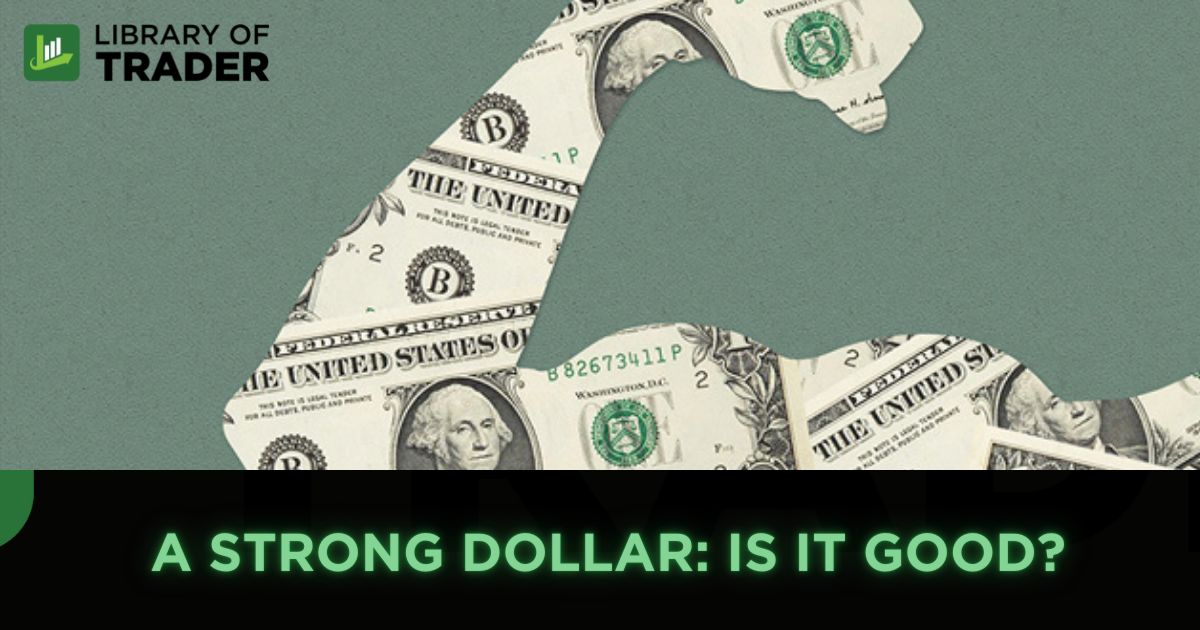 The U.S. dollar is stronger than it has been in decades, which hurts many and benefits others. One dollar is now even worth more than one euro after climbing by around 20% over the past year against a basket of global currencies. As the world’s most important currency, the strong dollar makes a remarkable impact all over the world. With this blog, you will learn whether a strong dollar is good for the economy and stock market and if it does you good or any harm.

What Is a Strong Dollar?

So, what does a strong dollar mean and how strong is the US dollar? To be exact, dollar is the name of more than 20 currencies including the Australian dollar, Canadian dollar, Hong Kong dollar, New Taiwan dollar, New Zealand dollar, Singapore dollar, etc. However, in this blog, we will be talking about the United States dollar whose value is the strongest in decades, devaluing other currencies around the world and unsettling the outlook for the global economy. The dollar is so strong now that it is now essentially at par with the euro – $1 will get you 1.01 euro.

Why Is the Dollar So Strong Today?

The main reason driving the dollar up against other major currencies is U.S. monetary policy. To wrestle down inflation, the Fed has been raising U.S. interest rates aggressively, which pulls capital flows into the country, pushing up the price of the dollar.

Another reason for the rising dollar is that the U.S. economy is doing better than others. Despite high inflation, the U.S. job market has maintained remarkably solid. Meanwhile, Europe is in the midst of war and is already likely in recession.

Is a Strong Dollar Good or Bad?

As stated above, a strong dollar is good for many and bad for others. For example, if you travel abroad from the U.S., your dollars go further, affording you a greater degree of buying power overseas. Imported products will also get cheaper if the manufacturer’s currency falls in value compared to the dollar. Multinationals that do business in the U.S. also benefit from the strong dollars as they earn income in dollars.

However, as the dollar strengthens, tourists traveling to the U.S., exporters, US companies conducting business abroad, and foreign governments that require US dollar reserves will suffer.

Is a Strong Dollar Good for The Economy?

By lowering the cost of imported goods, a strong dollar helps hold down domestic inflation. As the dollar gets stronger, every dollar buys more goods and services. Since the U.S. is a large net importer, an 18% rise in the dollar’s value can have a measurable impact on inflation.

According to a study by the Federal Reserve Bank of Cleveland, a 1% rise in the dollar typically lowers non-petroleum import prices by 0.3% cumulatively over six months, which helps lower overall inflation.

However, the strong dollar also leads to frowns for many. It can add fiscal strain, feeds capital flight, and weighs on growth.

Is a Strong Dollar Good for The Stock Market?

According to Fisher Investments’ research of the market from 1971 through the end of 2018, there’s no clear correlation between dollar strength and stocks. The strength or weakness of the dollar simply does not move the stock market, both US and global, on its own.

There are headlines telling you otherwise, however, with what happened in the past, the strong dollar does not affect stocks.

To sum it up, is a strong dollar good for the economy & stock market? The economy consists of many including consumers, manufacturers, investors, etc. Whether the strong dollar is good or bad depends much on how you spend your dollars. If you spend it overseas, you are a beneficiary. Otherwise, you are suffering. For the stock market, there is no convincing proof of the dollar’s impact. To learn more about the economy in 2022, check out our other blogs such as: