What Is a Worldwide Recession? Is It Coming? How to Prepare? 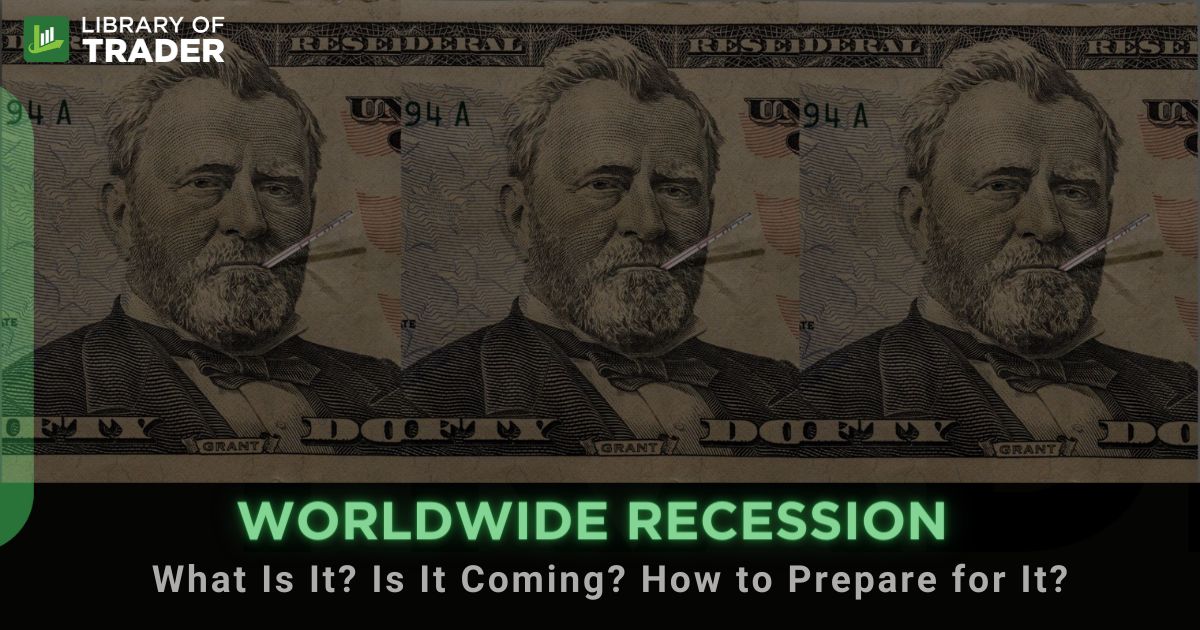 As economies around the world are reportedly on the brink of the worst financial disaster in recent times, it is time to equip yourself with knowledge about recessions to survive and then thrive. FedEx CEO says he expects the economy to enter a “worldwide recession” soon, so what is it? Will there be a worldwide recession? How to prepare for a recession to stay strong on your toes? Find all the answers in this blog.

What Is a Worldwide Recession?

A worldwide recession (or global recession) is an extended period of economic decline around the world, involving more or less synchronized recessions across many national economies. To classify as a recession, macroeconomic indicators have to wane for a significant period of time. For example, in the U.S., the rule of thumb is that GDP must drop for two consecutive quarters for a true recession to happen.

Over the centuries there have been several global recessions that have wrought havoc on national finances and family incomes. Only from 1950 till now, the world economy has gone through four global recessions: in 1975, 1982, 1991, and 2009. And here are some of the worst recessions in history:

The Long Depression began on Black Friday, 9 May 1873 with the collapse of the Vienna Stock Exchange, followed by bank failures in Austria and then in Germany, resulting in a nearly two-decade-long period of economic stagnation.

The Great Depression took place on Oct. 24, 1929 with the crash of the U.S. stock market, resulting in a depression that would plague the nation for a decade. After only four years (1933), unemployment was at 25 percent and more than 5,000 banks went out of business.

The Great Recession began in December 2007 with the collapse of the housing market, fueled by low interest rates, easy credit, insufficient regulation, and toxic subprime mortgages. This recession is considered the most severe economic downturn since the Great Depression of the 1930s, resulting in U.S. GDP declining by 0.3% in 2008 and 2.8% in 2009, and unemployment briefly reaching 10%.

Is a Worldwide Recession Coming in 2022?

Inflation is currently at a 40-year high. Interest rates have been raised the fifth time. And gas prices have even passed the frightening $5 a gallon. Some might tell you we are already in a recession or one is inevitable. Technically, two quarters of consecutive decline in Gross Domestic Product (GDP) is enough to determine a recession, which means the US could already be said to be experiencing a recession. However, according to economic experts, this technical definition is no perfect indicator. There are no yet signs of a recession as the labor market is actually doing well.

As the world is still reeling from the COVID pandemic and Russia’s invasion of Ukraine, the economy is facing an increasingly murky and uncertain outlook. With inflation continuing to increase, the probability of a world economic recession gets higher. According to a Bloomberg survey of economists completed, the median probability of a recession over the next 12 months is 47.5%, up from 30% in June.

How to Prepare for a Worldwide Recession?

In the worst case scenario, if the worldwide recession is really coming, here are some financial moves you can make to prepare:

Don’t be petrified of a bear market

If you are a long-term investor, look at this as an opportunity. In such a situation, you should shift your focus on companies that have strong balance sheets, strong cash flow, and products that are in high demand.

Don’t try to time the market because you cannot

No one knows the best time to get out and when to jump back in the market, so do not try to time it. The best thing to do is to avoid making outsized allocation adjustments until things ease up.

Get rid of your credit card debt immediately

As interest rates are rising rapidly, it is the priority to pay off your balances as soon as possible. You can also consider getting a low-interest personal loan or sign up for a balance-transfer credit card to transfer high-interest debt to a credit card with a 0 percent rate.

Save, save, and save

A recession can quickly change your circumstances, so you never know what happens next. If you have an upcoming vacation, cancel it, and save the money.

Apart from saving, you should also figure out where you might go for additional funds if you need them in a pinch.

Add bonds to your portfolio

Recent recessions show that bonds have held up better than nearly any other market segment. They might not perform well now, but they are an essential portfolio ingredient, especially for people who are in or getting close to retirement.

Get a side job

A second job helps boost your income and savings. You can also consider getting a job in transportation, warehousing, leisure and hospitality, education, health services, and government for a more secure position in a recession.

A worldwide recession might or might not happen, but it is always wise to pray for the best, prepare for the worst, and expect the unexpected. To learn more about the subject, check out our related blogs Recession Explained: Causes and Impact in 2022 and How Long Do Recessions Last?: Lessons From History. If you are a day trader looking to survive the market in 2022, do not give this course a miss Raghee’s Day Trading Survival Guide for 2022 as it provides you with life-saving tools that professional traders stick with to survive the possible global economic recession 2022.