Is Stagflation Coming Back in 2022 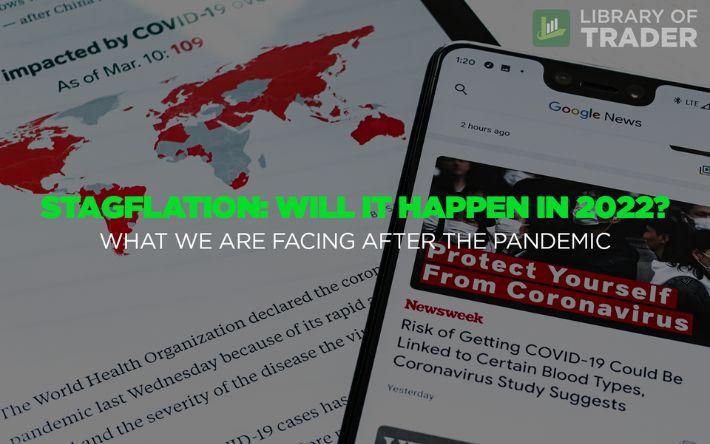 Nowadays, even ordinary people with no expertise can see that certain problems are going on with the economy. Prices of necessity goods have remarkably gone up after staying at the same value for pretty much the past decade. Articles keep on talking about negative records as consequences of current global events. These things may eventually lead to unwanted economic phenomena, including stagflation.

Stagflation is regarded by most economists as a long-term risk and a phase with a harmful impact on the world economy. Is it that bad? Is stagflation coming back in 2022? What can we do against it to protect our property and survive? This article will help you to find out!

What is Stagflation in Economics?

According to investopedia, Stagflation is the combination of two words ‘stagnation’ and ‘inflation’, attributed to Iain Macleod – a British politician holding the position as the Chancellor of the Exchequer in 1970. The term, also known as recession-inflation, refers to an economic situation characterized by significantly bad indications such as low economic growth, high inflation rate, high unemployment, and so on.

Theoretically saying, when prices are rising quickly, a specific phenomenon called demand-pull inflation may occur. In such a situation, supply is outstripping demand, and the economy is expanding with no drawback as people have more than enough money to keep spending on goods and services.

However, these aspects are reversed during stagflation when there will still be a remarkable increase in prices due to a shortage of supply. But now, the consumers just have nothing to spend on them as the unemployment rate stays relatively high. This consequence just does not reflect how the economic rules are supposed to work in the first place.

A recession breaks out before the inflation rate is controlled and decreases will without a doubt lead to stagflation, even a minor one. If the unemployment rate somehow makes an upward change and the CPI follows, that will be a clear sign of stagflation, even though it will not reach the same destructive level as the previous one in the 1970s.

The Dilemma of Stagflation

Stagflation is a perfect example of an economic dilemma where a decision trying to fix a certain problem can even worsen others, making it a tough obstacle for any monetary policy-makers.

For instance, the Fed can try to control the inflation rate by raising the interest rates. However, higher interest rates also mean people will subsequently spend their money less. If this is left uncontrollably, companies will eventually resolve to reduce the number of their available staff for optimizing their costs, thus making the unemployment rate go up.

The Causes of Stagflation

Stagflation can happen in two ways: as sequences of economic events or as outcomes of monetary policies.

In the former context, stagflation is a result of a supply shock when the economy suddenly faces a sudden upsurge, oil prices for instance. The 1973 oil crisis was the primary reason for the most impactful stagflation in the history of the world economy. We also just witnessed another one due to the emergence of the war between Russia and Ukraine. Although the oil prices rose sharply, they provided little to no help in economic growth as production was more costly and less profitable.

In the latter context, stagflation is once again the economic dilemma where created policies can harm the industries while quickly growing the supply of money. The more money circulating in the economy, the less value it is. This is the foundation of inflation, and it can in turn affect the unemployment rate if the lawmakers try to come up with more policies to cover it as explained above.

The Differences Between Stagflation and Recession

While stagflation can be long and difficult to completely get rid of, recessions last much shorter, often within a year. The most known impactful stagflation started back in the 1970s and ended in the early 1980s. On the other hand, the average duration of recessions in the U.S. was only 10 months. Although they are short-lived, the economy still needs a longer time to fully recover from their aftermath.

Up to present, there has been only one major stagflation with a lengthy period that occurred in the 1970s whereas recessions are much more common and can break out every once in a while. Ever since the second world war in 1945, the U.S. economy has faced 13 recessions. That record means that there is at least one period of recession in each decade post the great war.

Unlike the popular aspect of stagflation where the inflation rate remains significantly high while others keep shrinking, the inflation rate tends to fall during the recession due to a decrease in demand for goods and services that in turn slows down the entire economy and leads to negative growth.

Will Stagflation Happen in 2022?

Hardly a day peacefully passes in the past few months in 2022 without breaking news and records about inflation and a potential upcoming recession. Professionals have made some predictions that there will possibly be a recession coming in 2023 with uncertain scale, not stagflation like that in the 1970s. Below are some of the signs that lead to such a deduction:

The Unemployment Rate is Doing Great

The current state of the global economy is complex. We indeed have two out of the three aspects that make stagflation which is high inflation and reduced economic growth. Fortunately, the third one – the unemployment rate – is still showing positive signs as it hit 3.5%, regarded as the lowest in the past 50 years.

In August, more than 300,000 available positions were added to the job market. The number still manages to increase remarkably despite slow economic growth.

The Current Inflation Rate is Expected to be Short-lived

When the people expect the inflation rate to keep on soaring, they will make further decisions responding to the state. For instance, they will be likely to ask for a raise to make up the gap in their profit margins and meet the new price points of goods and services. This will in turn make the companies take a look twice at their expenses and may consider laying off some under-performance staff, raising the unemployment rate.

However, in our current situation, since very few companies and people predict that inflation will persist for an unimaginable period and job opportunities are still plentiful, the aforementioned sequence will hold no chance to occur at all.

The Soar of the Interest Rates

The Fed should be fully aware that repeated increases in interest rates are tough to keep under control when trying to fight against inflation. But still, they are trying to reach their target of the inflation rate hitting 2%. This may result in further problems to deal with. But guess what? no stagflation.

As things are going, we are more likely to see a decline in both the inflation rate and GDP in late 2022 and early 2023. More job layoff is also predicted to occur, but not that significantly. As long as it stays below the value of 5%, it is still a recession full of job opportunities, unlike the previous ones.

By September 2022, there are undeniable negative signs and events that the world economy has been going through, including the global COVID-19 pandemic and the notorious Terra Luna crash of the crypto market. Monetary policy-makers, especially those of the Fed have taken their actions with the act of increasing the interest rates to prevent further worse economic situations.

So to answer the question whether a stagflation will happen in 2022, the answer is likely to be no, even in near future. We may just be expecting a mild recession instead. Remember, when the time comes, only those with a thorough understanding of the subject can make the right decision for themselves. So, fill yourself with knowledge and keep on learning.