Caption: How to make money with NFT games in 2022

Gamers may enjoy full ownership of their in-game assets, receive real-world rewards, and use blockchain markets to purchase and trade unique goods and more. There are several ways to try to gain money using non fungible tokens in play-to-earn games (NFTs). However, there is no assurance that you will earn money through blockchain gaming; how much you earn will depend on the value of the in-game currency and NFTs, the time you have to grind, and the tactics you utilize. 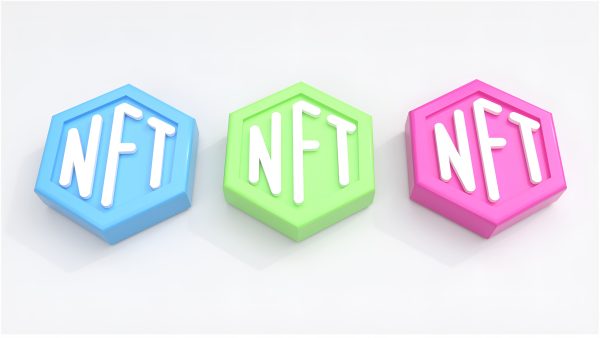 NFTs, or non fungible tokens are digital assets that exist on a blockchain, which is a digital public record that allows all NFT transactions to be traced and validated. These cryptographic assets can represent art, music, in-game objects, and other things, and they include unique IDs and information that make them distinctive and offer evidence of ownership. The majority of NFTs are purchased with cryptocurrencies. The original authors of an NFT can receive royalties each time the NFT is sold via smart contracts.

Players may now claim true ownership of their in-game assets, which P2E game producers mint as NFTs on the blockchain, using NFT-driven P2E games, sometimes known simply as “crypto games.” Although they perform nearly identically to their traditional equivalents, having in-game objects minted as NFTs and in-game cash completely usable as crypto opens up a world of possibilities for the user.

Skins, weapons, characters, in-game cash, and even virtual land in the metaverse may all be exchanged or sold for profit, just like any other NFT. And, like with any other NFT, some of these in-game items may occasionally command exorbitant prices on the secondary market .

NFTs empower players in terms of how they use their in-game assets. There are several methods to profit in blockchain gaming, ranging from renting out NFT characters to staking tokens.

Most blockchain games offer in-game money that can be traded or cashed out for other cryptocurrencies.

Smooth Love Potion, or SLP, is used in the cryptocurrency game Axie Infinity, for example. It has two purposes: it is in-game cash and an item used to breed characters. When you play Axie Infinity and win fights against Axies (axolotl-type monsters), you are awarded with SLP, which can be switched or cashed out. According to CoinMarketCap, SLP is worth $0.02632 at the time of writing.

Your earning in the game is determined by the value of the in-game money, how frequently you play, and, most importantly, how skilled you are – though some games are not skill-based. New players in Axie Infinity can earn between 75 and 300 SLP every day, based on the parameters indicated above. New players in Bomb Crypto may expect to earn four to five BCOIN — the in-game currency — every run in Treasure Hunt mode.

CryptoKitties, for example, is a breeding and collecting game. Players may mate a male and female NFT cat to produce new cats that can be sold on NFT marketplaces. The new cat inherits characteristics from the parent cats, and its properties are determined by the parents and generation, which influence the new cat’s value.

Breeding may be an expensive endeavor at the beginning. You may need to acquire valuable parent NFTs to increase your chances of breeding valuable NFT collectibles. In the case of CryptoKitties, according to Investopedia, the typical CryptoKitty sells for roughly $65. Some, on the other hand, are worth hundreds of thousands of dollars, and a handful have sold for more than $2 million.

There are several methods to earn money by creating new things in blockchain games .

Players in metaverse games such as Decentraland and Cryptovoxels may build 3D items, wearables, and other collectibles and earn royalties from secondary sales. Thanks to smart contracts built on blockchain technology, players in Crypto Voxels may earn up to 10% of a selling price with each subsequent sale.

Players in other games, such as CryptoBlades, may create new weapons and sell them on the CryptoBlades marketplace. Players will be able to submit NFT collectable designs to the upcoming massively multiplayer online RPG (MMORPG) Ember Sword, and if chosen, will be included to the game, allowing artists to earn royalties on secondary sales in perpetuity.

When it comes to NFT creation, your earnings are determined by the royalty proportion. Depending on the game and marketplace, designers often earn between 1% and 15% on secondary sales.

In blockchain games, scholarships are a fancy way of expressing “rent out characters for profit.” There is usually a management and players in scholarship guilds (scholars). The NFTs are formally owned by the management, and the scholars utilize them to play the game. The awards are distributed among guild members.

Scholarship schemes have given rise to guilds. A guild is a group of players that join forces to play a game and divide earnings. Axie Infinity has guilds in a variety of nations.

Scholarship programs provide earned in-game incentives. Axie guild members, for example, can earn 50% to 70% of their earned SLP, or a set sum.

Staking is the process of locking your tokens in order to collect incentives. Staking your tokens implies making them available for trading by other users. Tokens are locked away for a set length of time called an epoch, after which you get rewards, mainly from transaction fees.

Many blockchain games, such as DeFi Kingdoms, a role-playing game, include staking pools (RPG). Players visit the Gardens to stake tokens such as the JEWEL in-game money. Players bet JEWEL to gain JEWEL emissions, which relate to the rate at which new tokens are released. As they go through Epochs, gamers who bet “unlock” greater benefits.

Staking is a type of passive income. When you stake, your tokens are locked and you can’t use them – but you still own them. You will miss out on rewards if you remove your tokens from the staking pool before the end of an era. And there’s a danger that staking your tokens will yield you less money than simply having them in your wallet if the value of those tokens lowers while you’re staking them — this is known as transitory loss — so it’s not entirely risk-free.

Buying and selling NFTs is referred to as trading them. It may appear as simple as “buy low, sell high,” but this strategy of earning in blockchain gaming necessitates knowledge, patience, and even a significant initial commitment.

NFTs are important in crypto games, thus many players are prepared to pay to gain the stuff they need to succeed in the game. If you obtain a rare and strong Splinterlands trade card, for example, you may be able to sell it for a profit on the market.

Almost every blockchain game, including Splinterlands, Axie Infinity, CryptoBlades, Pegaxy, The Sandbox, and others, has its own market with transferable NFT assets. Remember that purchasing and selling NFTs incurs gas costs, and there is no assurance that an NFT you purchase will rise in value. The amount you earn is determined by the value of the NFT, the in-game money, and the game’s current popularity.

Some MMO games provide special events and competitions , which allow players to gain unique incentives for participation. The gaming platform Arc8, a mobile app with 11 distinct crypto games, offers various tournaments. Players pay an entrance fee to enter a tournament, and the top player wins the pot. Boss Raids are unique events in CryptoBlades where players may join up to combat enemies and receive special prizes.

The prizes differ according to the game you’re playing. In tournaments, there is normally an entrance fee – in this instance, cryptocurrency — so the more people that participate, the larger the payout. Tournament prizes in Arc8 can range from $8 to $500, depending on the day, number of players, in-game money value, and game complexity.

Upland, Decentraland, and The Sandbox are among popular metaverse games that use NFT parcels. The name of the game in the real estate blockchain game Upland is buying and selling virtual parcels, developing 3D structures that will become viable enterprises, and accumulating properties to make passive revenue. Upland’s metaverse is linked to the real world, with places such as San Francisco, Detroit, and New York City available for users to explore, buy, and construct on.

The amount of money you may make by trading virtual packages fluctuates. Similarly to trading gaming NFTs, your profits are determined by the amount you paid and how much it increases over time. Players in various metaverse games can build play-to-earn games or attractions on parcels, charge admission fees, and make money.

Twitch and YouTube are two popular gamer streaming networks , while Twitch is more geared toward gamers. Though the industry is saturated, becoming a streamer may be a serious job.

Subscriptions are the primary source of income for Twitch streamers. Subscription fees are chosen by the streamer, and many take donations to keep the stream going. Subscribers may be granted access to unique content or other benefits. YouTubers make money mostly through advertising, sponsorships, and views, but they may also take donations from subscribers.

Many blockchain gaming streams concentrate on the financial aspects of crypto gaming, including tips on how to profit, blockchain game walkthroughs, or hilarious moments while playing. Crypto Gamers, Go Shiny Hunter, and On Chain Gaming are some prominent blockchain gaming channels.

If you’re brand new to streaming, it might take a long time to start making money or gaining subscribers. According to Business of Apps, expert Twitch broadcasters may earn anywhere from $3,000 to $5,000 per month, but it may take a long time to see consistent money when you’re just starting out.

This is not for everyone, but it is worth mentioning.

You’ve probably heard about Bitcoin mining . Mining a coin is the process by which hardware “mines” new coins for circulation. The mining phase in blockchain gaming often begins with the initial introduction of a new game. Miners begin the process of circulating the new game’s money so that it may be utilized in the game. Mining in cryptocurrency refers to hardware completing complex arithmetic problems in order to construct the next block. It’s an expensive and time-consuming operation.

How much a miner makes is determined by how much money they invest in this setup from the start if they don’t already have it – a professional mining rig may cost up to $15,000. Mined currencies are taxed, the coin’s value is not guaranteed after mining, and the benefits for joining a mining pool fluctuate. Mined coins, on the other hand, may be sold or pooled to generate passive revenue.

Getting into blockchain gaming takes time, but so does normal gaming. Many cryptocurrency games are free to play, which means no initial investment is necessary. Some games, such as CryptoBlades and CryptoKitties, do need the purchase of NFTs to begin. Consider how much time you’ll need to plan and the strategy you’ll employ to earn.