Blockchain for Dummies: An Essential Guide 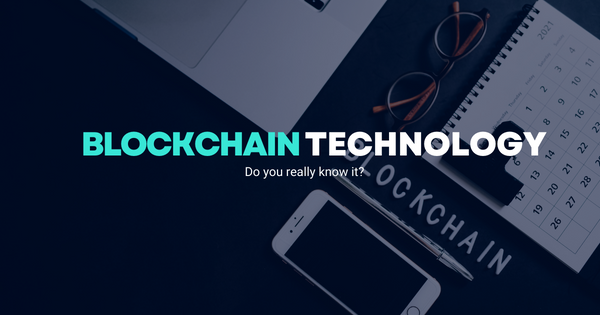 Why do we still need a guide on blockchain for dummies while everyone seems to know about it? Yet, have they really known it? Blockchain and cryptocurrencies have been common terms that pop up so much in the media. People have a wide range of impressions of this technology. Some find it potential while some find it risky. Why don’t we sit down and have a walk-through of essentials to find out answers for ourselves?

What is a Blockchain?

A blockchain is a digital database or ledger across the nodes of a computer network. The basic function is information storage such as crypto transactions with guaranteed fidelity and security.

The cutoff of third parties smooths out how two parties conduct a business or pay for deals. The simpler the process becomes, the more productive and secure it becomes. This feature, however, is not strong enough to beat a typical database. With effective management, it still works perfectly well with a highly secure system.

So, what makes a blockchain different?

The data structure is the key point. As a blockchain compiles information in groups which form blocks holding sets of information. Each block has certain storage capacities so when filled the automatic link to the previously filled block will take place.

Then, new information follows the freshly added block in compilation with another newly formed block. It then forms a chain of data which we call the blockchain. Once a block is formed, the database is uneditable. So, one of the underlying features is an irreversible timeline of data of a decentralized nature.

The Different Types of Blockchain 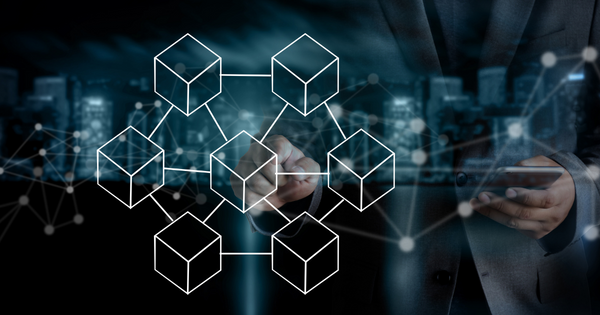 How many types of blockchains are there?

Some Background on Blockchain

Blockchain has been an arising trend in recent years, yet it has a long history before that. The public first learned of blockchain technology through a research project in 1991. It became a global phenomenon when Bitcoin, the largest cryptocurrency, applied the technology in 2009.

Since then, blockchain has emerged in the buildup of multiple cryptocurrencies, decentralized finance (Defi) applications, non-fungible tokens (NFTs) , and smart contracts. This technology has helped enhance the security and transparency of cryptographic systems.

Key Elements of A Blockchain

Immutable records or immutability indicate the fact that no one can edit the database in the blockchain once it is stored in a block. In other words, it is a permanent and unalterable network.

Blockchain technology has a different operating system from a typical bank. The nodes connect and manage the databases in the blockchain rather than centralized authorities. Every node contains a copy of the digital ledger and checks the validity of every added transaction.

Also, no one can edit, delete, or update the network once the recordings of transactions finish. Thus, the enhancement of transparency and corruption-proof platforms are what you can expect from the blockchain

There is no governing authority or an individual managing the blockchain, but a group of nodes. Hence, decentralized governance is one of the noticeable features. Why is it useful to make an effective system?

Security is the result of a combination of decentralization, working without third parties, and irreversible databases. Direct transactions and decentralized authority strengthen how users approach their transferring without worrying about the leak of personal information.

Hashed cryptography relates to the network disguise of the data’s nature. It means that any input data will transform into a different kind of value through a mathematical algorithm. Thus, any edition of databases will change the hash IDs, which is an impossible mission. Also, you can access the data through a private key while a public key helps you conduct transactions.

This feature refers to the distribution of blocks’ copies across the participants of a blockchain. Technical terms are the nodes that connect and contain all the databases in this technology.

When all the eggs are not in the same basket, you will not risk all the information in the hand of one party or an individual. As a result, there are many benefits that you can enjoy, including

Consensus algorithms are the core of the blockchain’s architecture so it alleviates the decision-making process. The nodes can reach consensus or agreement quickly as it works as a voting system. The majority wins and the minority groups have to support it.

Nodes will take the algorithms as a benchmark to form their decision, which can speed up the process and help to create a realm of fairness.

Instead of waiting for the whole operation in banks, you can process and complete transactions at a higher speed with blockchain technology. It is an outcome as a blockchain does not need third parties to implement transactions and store databases.

People use blockchain technology to record and distribute digital information of transactions. It simplifies the process of operation and management when users want to add or extract transferring.

Through the description of the blockchain’s key elements above, you can see its superior features. Decentralized authority, immutable ledgers, distributed blockchain, etc. enable its operation to complete transactions with high security and at the high speed.

Besides, the low cost of transactions decreases thanks to the absence of middlemen in the process with the blockchain. So, you can see the benefits of distributed ledger technology (DLT).

Miners who can be individuals or companies running special software will build on the Bitcoin or other crypto coin blockchain. These people play an important role in the operation of a blockchain in terms of maintaining its smooth workflow and process transactions. Then, they will get the rewards of cryptocurrencies whenever finding the next block in a public and open-sourced chain. 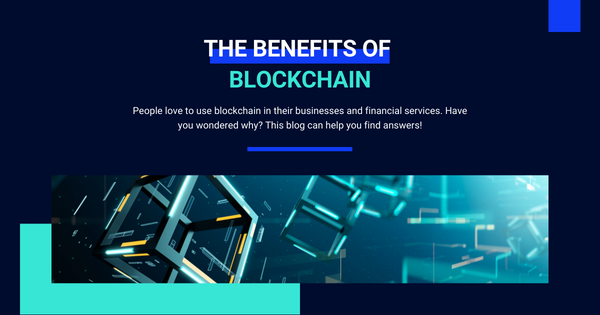 Why do people love blockchains?

This section works as summaries of the advantages that blockchain offers its users through the walkthrough of its main features above. As a result, you can see why blockchain is now a trusted system by many investors.

refers to the permanence and originality of information stored on the blockchain. So, it can operate the underlying infrastructure for a fresh monetary system. Bitcoin can be a salient example.

Also, the blockchain system protects your personal information from being monetized or stolen by organizations or individuals. You can see how Google, Facebook, Amazon, etc. gets money from the database of your online behaviors. These companies follow centralized authority while blockchain includes immutable databases and follows a decentralized operating system.

Blockchain users can take full control of their information and databases. Also, they do not have to be worried about the database being stolen or monetized by any organization or individuals. Such factors contribute to the digital freedom that entrepreneurs or crypto investors can enjoy.

While other systems have to face high-risk exposure due to the loose structure, blockchain allows its users to trade or transact investments with guaranteed security. Nodes work as talented leaders when delegating ownership and management of databases across the network.

Decentralized authority cuts down on the involvement of third parties in the process. It also. enhances the productivity and security of the process.

Instead of worrying about human errors that are likely to happen, you can trust a computer program with preset rules. Blockchain strictly follows these principles so that the whole process can be as smooth as possible without any mistakes. Using blockchains for digital transactions can save your time, and cost and also guarantee your security amidst many Internet attacks.

Miners who build and maintain the network’s operation charge fees. Yet, a blockchain does not need corporate bureaucracy and employees to process all the steps in between. All the errors that humans can make should not be in your worry when using the blockchain. It lets a computer program in charge of controlling.

Besides, when the system does not have to pay for the operations, such as employees, transaction costs will be reduced. As a result, users can enjoy low-cost but high-quality transactions.

Instead of showing full information about your identity in a transaction, users can be anonymous on the blockchain. It enables them to send money and use blockchain to protect their privacy. They are not exposed to the internet’s data mining or sales and suffer from sales calls!

Sovereign organizations can benefit from blockchains and cryptocurrencies. For instance, Wikileaks, a non-profit journalistic site, encountered issues when its supporters wanted to donate their funds.

The banking system at the time (in 2010) found it frozen, which prevented individuals from sending money to Wikileaks. Instead of waiting for the problems to be fixed, they sent Bitcoin to make donations without issue.

Blockchains enable people to create one-of-a-kind digital assets that cannot be copied. Bored Apes Yacht Club (BAYC) is now a great example of using Ethereum-based blockchain on unique artwork in the form of NFTs . It creates the space for artists or collectors to find and build their digital collections of unique works.

Blockchain for Your Business

Blockchain can alleviate the difficulties associated with transactions, within nations or across borders. Thus, entrepreneurs will love to use this technology to help their business take off as it enhances efficiency, builds trust, and eliminates friction.

Many industries have applied blockchain technology to improve their business, such as supply chains, food distribution, retail, financial services, etc.

This article has the blockchain explained for dummies so that you can better understand what this technology can do and why people across industries love to use it. We walk you through the simple definition, main types of blockchain, noticeable features, benefits that you can enjoy, etc. Hopefully, it builds a solid foundation that can initiate a flying leap.