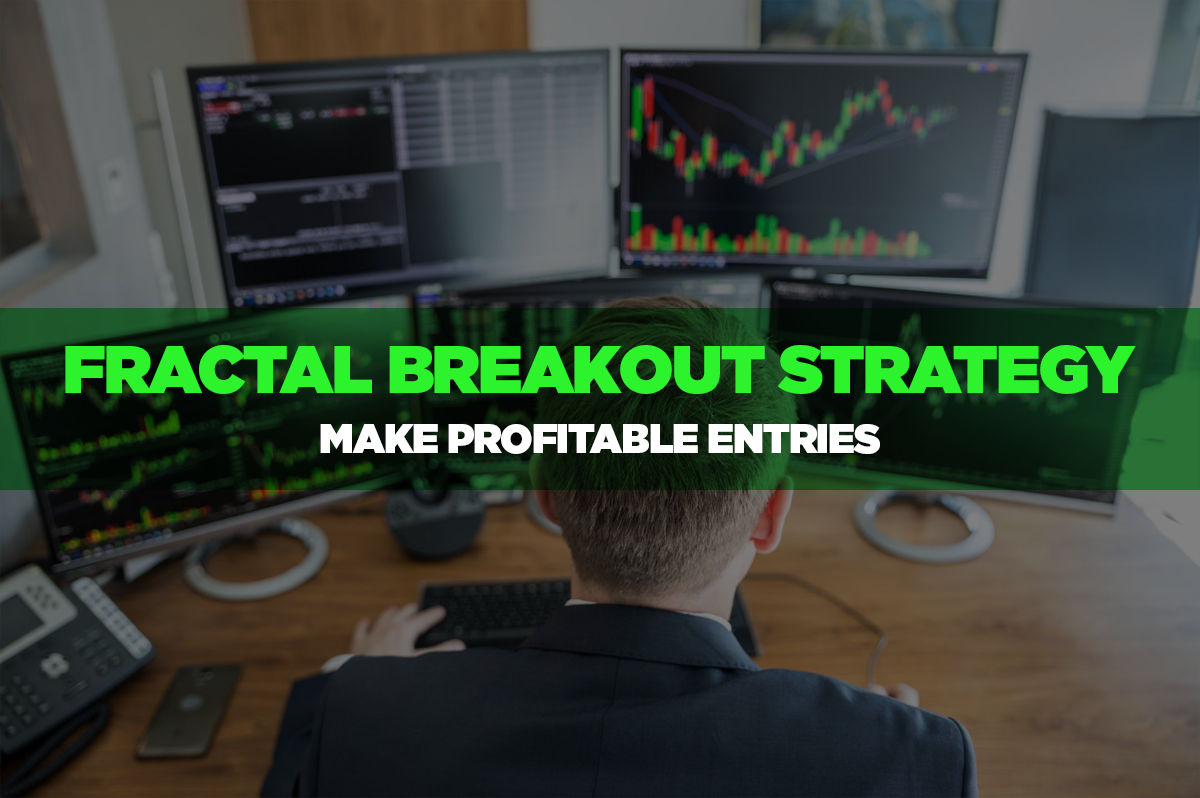 There are a significant number of strategies, methods, and approaches in the world of trading. No individual technique will ensure its users the road to success, but only the right combination of them with non-stop optimization. So, the more knowledge you have, the more advantageous you are against other traders. Without further ado, let’s dive into this fractal breakout strategy and see how it can offer you an upper hand.

2. What is ‘Fractal’ in Fractal Trading?

Fractal Breakout Strategy is a trading tactic commonly used when trading with fractals. The term fractal refers to one or many recurring patterns emerging in the middle of highly volatile price movements of the markets.

When it comes to fractal trading, there are two different types of analyzing fractals, including ‘fractal reversal patterns’ and ‘multiple time frame analysis of fractals’.

Fractals usually consist of 5 or more bars or candles, divided into two different categories as the following:

Like other trading techniques, this strategy as well as the fractals are meant to tell us, traders, insightful information and help us to decide where to go next. However, this approach has one remarkable drawback: taking on trading fractals usually comes with a period of delay that lasts for two days before the reversal gets drawn.

Traders should use these patterns with the help of an oscillator . This is a tool for technical analysis for building a trend indicator by using fluctuating spreads between the highest and lowest values in a determined period. With fractal signals, oscillators such as the stochastic and relative strength index (RSI) are highly recommended for validating a bearish sell/ bullish buy signal which is also accompanied by an overbought signal/ oversold signal, consecutively.

With this approach for fractals, traders utilize fractionalized time frames in their trading plans so that they can get insights for better predictions and ideas for specific micro-tactics. Users can go from a broad daily or weekly time frame for an overview of the desired market before turning to smaller time frames that only take up to 1 hour or just 15 minutes for in-depth analysis and fine-tune the final decisions of whether to make an entry or not.

Entry signals used on the 1-hour frame should only be in your consideration if they harmonize with the big major trend from the daily chart. If they do not, they should not be treated as signals to trade against the overall but instead act as existing points for you to consider.

Let’s break down the fractal breakout strategy now that you have a good understanding of what fractals are.

In the fractal breakout strategy, traders determine a trend line usually referred to as the price of the last fractal top. When the current market price breaks over the line, that is the signal for the traders to make their entries. The last fractal top average price should also be calculated for a more determined and clearer direction of the trend.

Once this average value shows signs of decreasing, that is when traders prepare their exit strategies. This process involves setting a time delay regarding the current conditions. Most of the time, a long exit should be 3 bars away from the emergence of the long entry.

Although it also works on the daily and some other time frames, this method performs best on longer time scales (weekly and monthly).

The biggest drawback of employing fractals is their prevalence; there are a lot of them. If you try to use the fractal breakout strategy as your only technique for trading, the act can quickly drain your trading accounts due to missed deals because it happens rather frequently.

This scenario is called a whipsaw which refers to the way price movement goes astray from the intended direction of traders and usually results in heavy losses. This is the reason why no individual trading technique should be used on their own, but rather alongside other forms of analysis and methods to filter practical signals.

Strategies and methods are just a part of a successful trading plan with no guarantee that you will make an assured amount of profit. The fractal breakout strategy is no exception. As its drawbacks stated above, traders who implement the technique should all do this simple action that sets apart average traders and successful professionals: carefully considering their current positions and utilizing approaches for risk assessment and management.